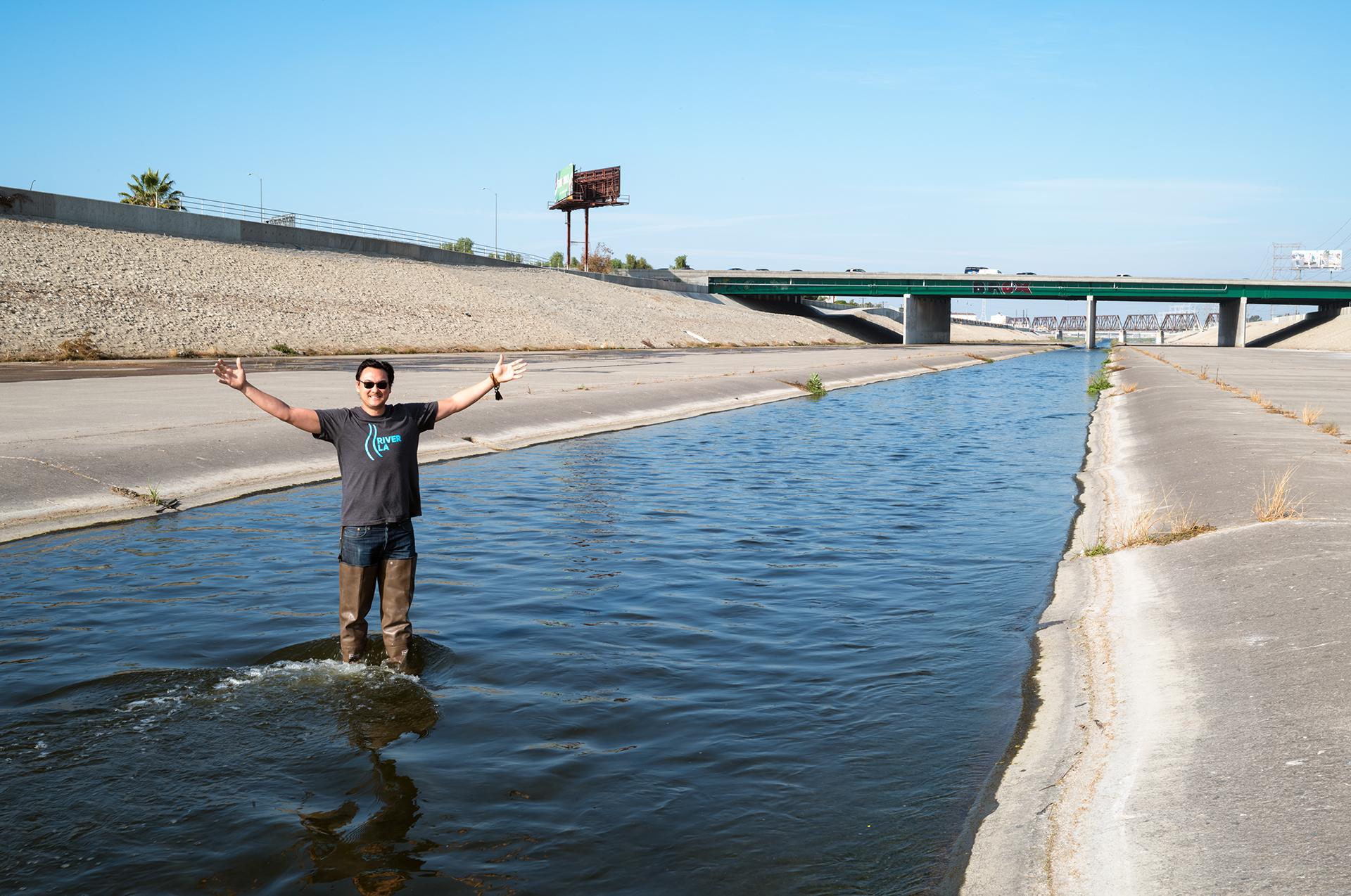 I’m writing to you today to share an exciting transition. After nearly a decade of service to River LA as founding Executive Director and President, in the new year I will take on the new role of Senior Advisor and I am thrilled to share that the Board of Directors has promoted Angela Barranco to become the next CEO.

Almost eight years ago, what began as a sprint with the launching of this civic initiative, I soon realized was a marathon as we sought to align around a 51-mile vision of the LA River. Now, I see the river’s transformation as a relay race. Like many, I didn’t know we had a river until my first visit in late 2010 and a week later I made a leap from finance and real estate to pursue this unimaginable vision of changing the course of LA. I could not be more grateful to have served as the founding Executive Director and President. We have led groundbreaking collaborations to move the vision and transformation of the LA River forward.

I am proud of what we have accomplished, particularly with the creative partnerships we have made across the public, private, and philanthropic sectors. With the City of LA, in North Atwater, pedestrians, equestrians, and bicyclists will soon start to cross the LA River on an iconic cable-stayed bridge, the first of its kind in LA. With Metro’s Measure M, in the next five years, our vision for Greenway 2020 will see a fully connected 51-mile LA River because of the unprecedented $425 million in funding. Finally, our amazing collaboration with architect Frank Gehry and his team has put the river on the map in a big way, changed public perception of the river's potential, and encouraged us to look at the river holistically.

By early 2020, we have the opportunity to create a comprehensive County Master Plan for the full 51 miles of the LA River and engage the many communities across LA who appreciate and understand the potential of the river, building on the work of many others. People invest in what they love. We want LA to love and invest in the LA River.

Last year, our Board Chair Harry Chandler and I completed a national search to find an executive who could run River LA and build broader public support. We successfully recruited Angela Barranco, an experienced leader and conservation biologist by training whose passion is creating change and getting things done. She has managed a number of high-profile campaigns, served in the Obama Administration, and since January 2018, has run the day-to-day at River LA as COO. Angela’s experience with innovative community engagement and large-scale public conversations is vital to the next stage of River LA’s evolution, as our work shifts to both deeper civic engagement and broader coalition building. In short, Angela is awesome.

My entrepreneurial and civic spirit is driving me towards new pursuits but I will always love the river and proudly continue at River LA as Founding Executive Director and Senior Advisor. In this relay, it is a privilege to pass on the baton of leadership to Angela knowing the organization is in great hands.

I feel fortunate to have had the opportunity to contribute to the LA River as an essential natural and cultural resource for the region, and global model of our region’s resiliency. I count my blessings to be on this leadership journey.