OMAR BROWNSON AND A COHORT OF RIVER ADVOCATES CELEBRATE THE UNANIMOUS APPROVAL BY THE CIVIL WORKS REVIEW BOARD OF THE U.S. ARMY CORPS OF ENGINEERS OF A MAJOR PLAN TO RESTORE THE LOS ANGELES RIVER.

Los Angeles District Commander Col. Kim Colloton announced that the plan to restore the Los Angeles River was unanimously approved today by the Civil Works Review Board of the U.S. Army Corps of Engineers in Washington, D.C. 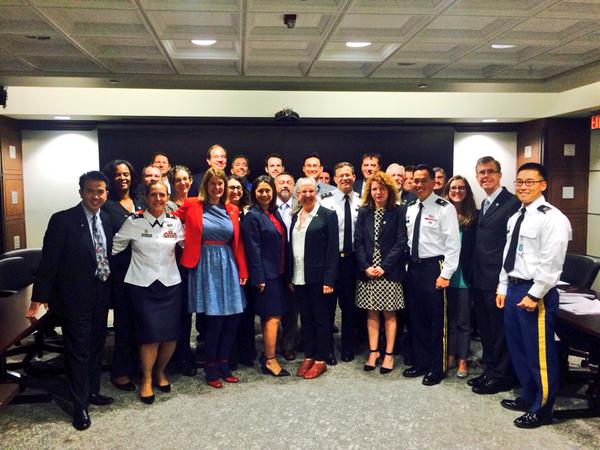 "This vote of confidence by the Army Corps of Engineers was due to a hugely collaborative effort at the local and national levels. It is a major step towards realizing what is possible for the entire 51 miles of the Los Angeles River," said Omar Brownson, Executive Director Los Angeles River Revitalization Corporation.

"Our partnership with the City of Los Angeles is as strong as it was in 1898 when we were working on the breakwater for the Port of Los Angeles, and it has been providing benefits and functioning well for over 80 years. It's now time to make room for the river." said Los Angeles District Commander Col. Kim Colloton.

After presentations by South Pacific Division Commander Brig. Gen. Mark Toy, Colloton and Mayor Eric Garcetti, the board approved the project which will now be released for state and agency review. Upon review from the agencies, Army Corps Chief of Engineers Lt. Gen. Thomas Bostick will evaluate the study and forward his recommendation to the Assistant Secretary of the Army (Civil Works) Jo-Ellen Darcy for administrative review and transmittal to Congress, expected in early 2016. Congress must authorize the project in a Water Resources Development Act and appropriate funds in order for the Corps and the City to begin construction.

"We are excited to be counted among a growing chorus of people committed to reimagining the Los Angeles River as integral to the health, vibrancy and sustainability of our region," said Omar Brownson, Executive Director Los Angeles River Revitalization Corporation.

What does this ultimately mean for the birds and the bees along the L.A. River? Party time, of course. 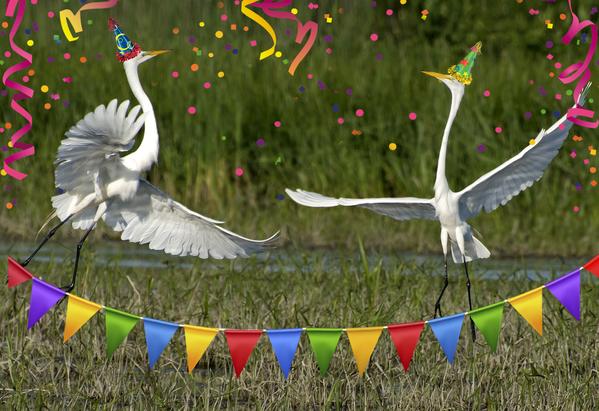