LA River and Climate Change: The Infrastructure Risk and Needs 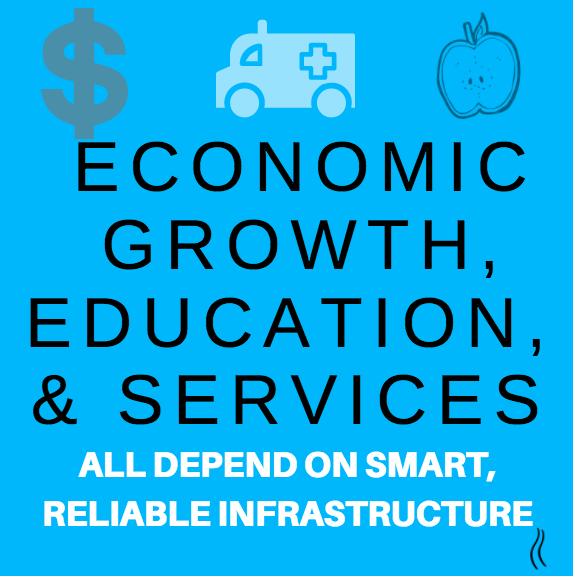 Unless you’re a self-declared data nerd like we are, thinking about infrastructure isn’t particularly interesting, even when it is failing. This is the problem, though, as infrastructure is integral to supporting healthy, vibrant, and resilient communities.Economic growth, education, services, and more all depend on smart, reliable infrastructure. Just like a home or an apartment, good infrastructure requires upkeep, which is expensive and often difficult to win support from the very communities that rely on it. With the recent major weather events, the state of our infrastructure and our responsibility to both maintain and improve it is important now more than ever.

So let’s talk about it.

The Reality of Our Infrastructure

Investment in infrastructure ideally happens at all levels of government, as it impacts all levels of society, from local municipalities to inter-state relationships. On a national level, the last major infrastructure bill to clear Congress was back in 2015. This five-year bill was the longest reauthorization of federal transportation programs passed in more than a decade, and allocated $305 billion to fund roads, bridges, and rail lines.

Amazingly , this support wasn’t enough - not by a long shot. Because of decades of poor investment, stopgap bills, and half-measures, the Highway Trust Fund is nearly broke, which has strained local governments and business groups alike. In fact, in 2013, the Senate Budget Committee referenced a 2013 study by the American Society of Civil Engineers (ASCE) that estimates roughly $3.6 trillion is needed by 2020 to return the nation’s facilities to good repair.

As far as California and Los Angeles County are concerned, people want this, as proven by the passage of a number of measures 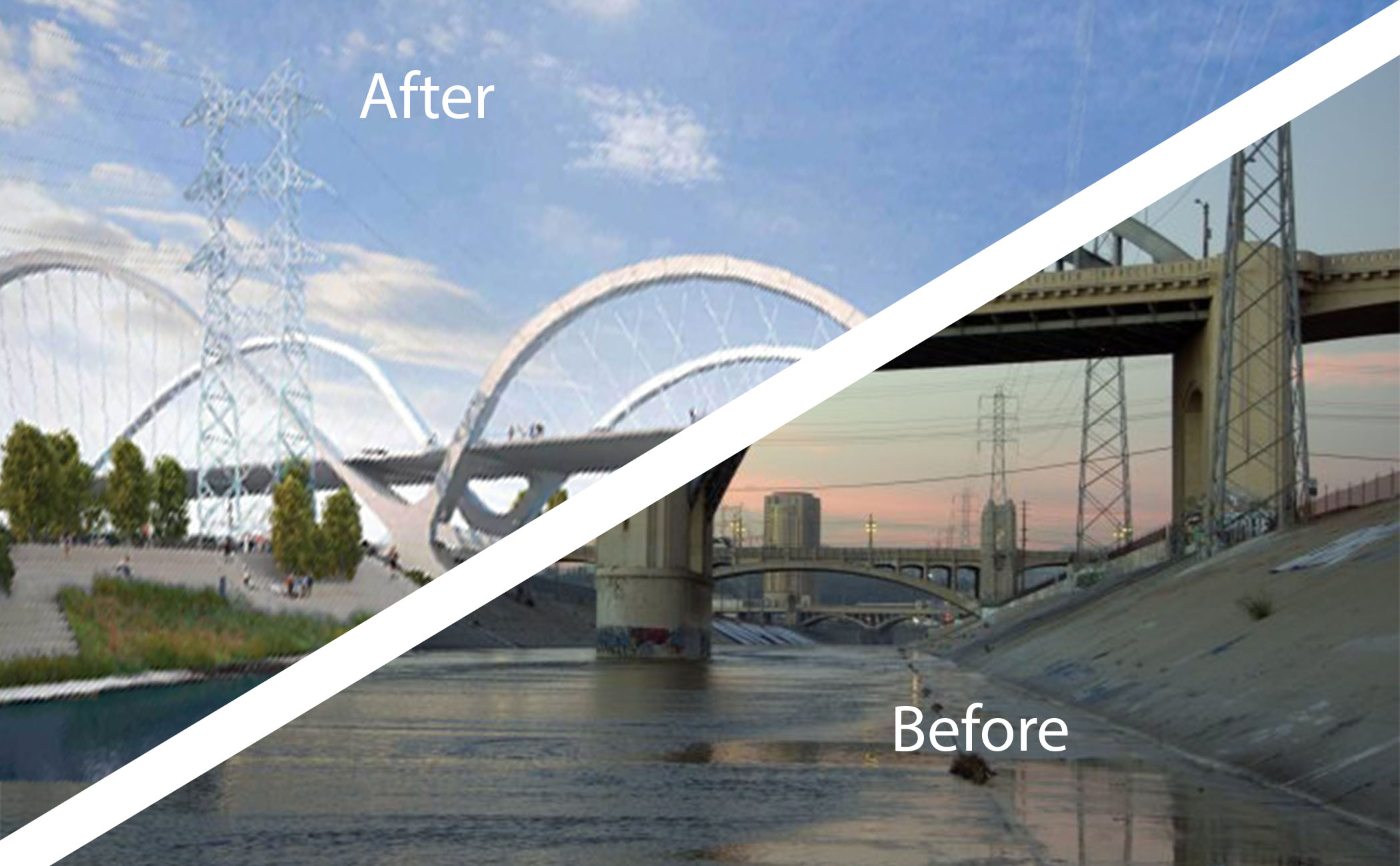 aimed at improving and supporting sustainable infrastructure. Most notably, since Mayor Eric Garcetti entered office, we’ve seen significant investment in modernizing LAX, expanding our public transit system, Measures M and A,  and rebuilding the 6th Street Viaduct (pictured to the right). But as the recent major weather events remind us, we really can’t over-invest in infrastructure meant to protect our communities from the unknown.

The Reality of Our Climate

The normal wear and tear of time isn’t the only reality facing our infrastructure. As we all know, extreme weather due to climate change plays a huge role in the need to update and improve the bases of our community structure.

Our country’s infrastructure, including that of Los Angeles County, is not designed to handle these types of storms at the rate we are experiencing them. Global warming has changed the game. As water temperatures rise, storms are growing stronger, and therefore cause greater and more expensive damage. Proactive movements to strengthen our infrastructure to protect our communities is now a must-have instead of a nice-to-have.

What This Means for Los Angeles

We cannot wait when it comes to improving our infrastructure. As unlikely as it may seem for extreme weather to impact Los Angeles County, our current infrastructure is too fragile to withstand the unknown. While it doesn’t rain often, Los Angeles is not immune to the risk of severe flooding. In fact a U.S. Army Corps of Engineers report found that more than 3,000 parcels in LA County could be submerged by 5 to 10 feet of water in the event of a 100 year storm. That includes neighborhoods north of downtown LA, including Atwater Village and Elysian Valley.

Los Angeles must make significant investments in infrastructure, and particularly the Los Angeles River. Over the past five years, warming climate conditions caused the most severe drought-to-deluge swing in history, risking floods and extreme water damage to infrastructure.

‘Infrastructure’ can be a very loaded term and can often lead to more confusion than clarity. Based off the findings of the River Index, we see the three main areas of need for our water infrastructure as: 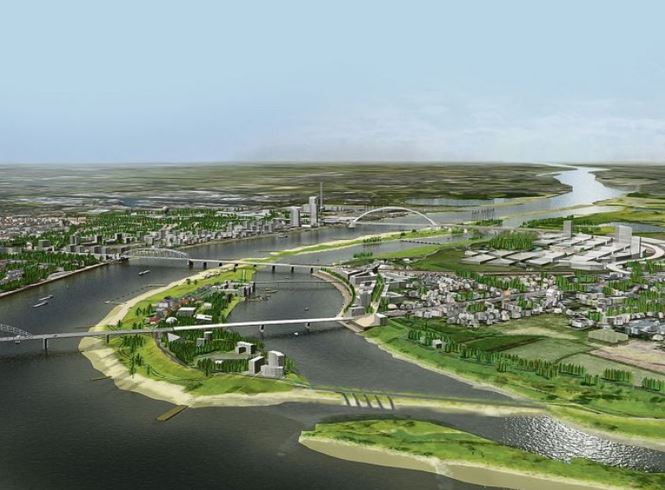 Is it possible to embrace climate realities and adapt?

There is one example of a country that has embraced climate realities and adapted their planning to create water management infrastructure that improves resiliency while decreasing water management costs. The Room for the River program in the Netherlands, which is rendered to the left, is an innovative approach to an age-old problem. Instead of fighting, or ignoring, water realities the country faces, it reimagines the existing landscape to provide better protection for the communities. (It’s always the Netherlands, isn’t it?) While Los Angeles has it’s own unique set of water-related issues, the innovation and flexibility of this project is something to take inspiration from.

It remains to be seen what the federal government will do about infrastructure under Donald Trump’s administration. What we do know, though, is that the work that must have must start in our own state, in our own county, and in our own cities. We must raise our standard for acceptable infrastructure before we have to pay the price for our weaknesses. It will be a long process to achieve acceptable but we can start today.

We need to act locally now. We invite you to join us by signing our petition for a safe and healthy river for all of Los Angeles County.