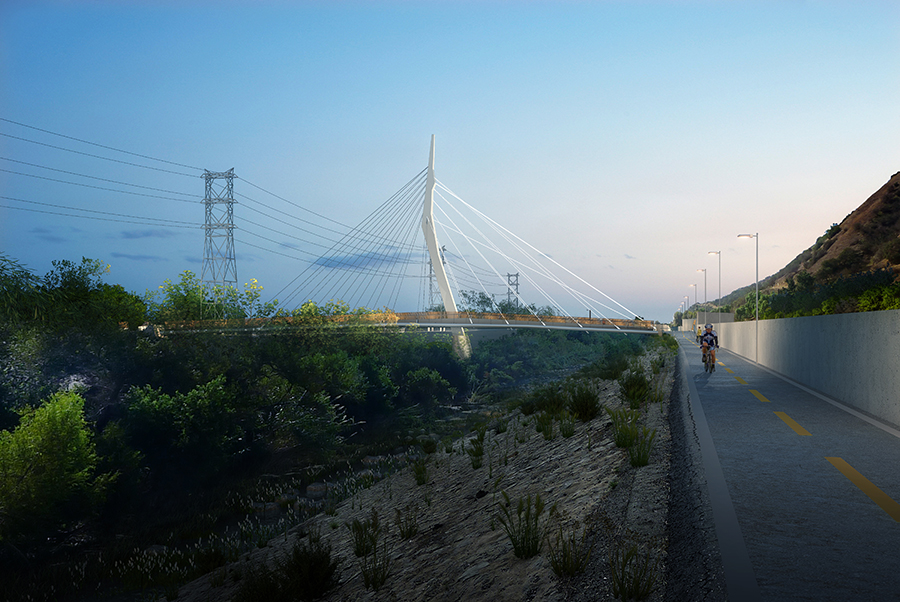 The N. Atwater Bridge received unanimous approval from LA City Council members on May 26, 2017 to allocate the funds needed to move the Atwater Bridge project forward into construction. The next steps completed by our City partners was adoption by the Board of Public Works, and then, execution of a construction contract bid with the selected General Contractor.

None of this would have been possible without the letters of support, testimony, and phone calls from advocates, like you along the river. We sincerely thank all our supporters for their work on this project and the future of the LA River.

The History of the Atwater Bridge

The desire for this bridge roots back to 1998, when Councilman John Ferraro filed a motion about the safety hazards existing just north of Los Feliz Boulevard and the possibility of an equestrian bridge as a solution. However, with only the initial funding to explore its possibility, the project was at a standstill.

Since then, this 300-foot-long bridge has been re-envisioned as a multi-modal bridge. Seen by many as an attempt to highlight the Los Angeles River as a communal space, it was redesigned for pedestrians, cyclists, and equestrians. Philanthropist Morton La Kretz agreed to fund the initial costs of building the bridge, including design, permitting, and significant construction costs. After twenty years, in partnership with and support from the City, County, and State we have made major progress towards the completion of this bridge. 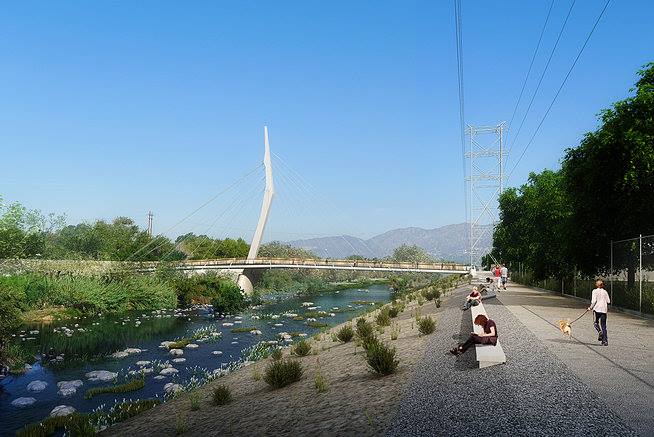 Why Is the Atwater Bridge Important

There are a number of reasons this bridge is essential for a safer, healthier future for Los Angeles. These reasons include easier access to open space for communities and safer streets for pedestrians, which is a particular concern for Los Angeles. 2016 was Los Angeles’ first year under Mayor Eric Garcetti’s Vision Zero, which is ‘our city’s commitment to eliminate all traffic deaths by 2025.’ However, the LA Times recently reported the city is facing difficult realities when it comes to our street safety; 2016 saw a roughly 43% increase in traffic deaths on city streets.

The Atwater Bridge is one project aimed at creating safer space for pedestrians, cyclists, and equestrians.

On May 26th many community members from Atwater Village spoke in support of the bridge and shared why they know this bridge would be an asset to their community.

‘I am the Executive Director of an Equine and Environmental Education Focused non-profit whose property backs up to the L.A. River. The bridge would expand our teaching area exponentially, as it will give our students the ability to observe and learn about the habitats of the native plants and animals in the protected park. It will give nearly six hundred children a year access to explore the nature of Griffith Park in our Environmental Science Classes and will also provide greater access to teaching trail riding to the students in our equestrian classes.’ - M. Jane Haven, PHD

‘The proposed multimodal bridge will provide safe passage across the river to all Angelenos by bike, foot, and horse without fear of injury that can happen when crossing within the river channel. This bridge will also supply verification to the general public that something is indeed happening down on the river – allowing citizens to interact with the Los Angeles River in ways that have been off limits for the last 60 years.’ - Jody Rath and Shannon McIntosh

The Arts Parks River Committee voted in favor of many of the recommendations made by the Bureau of Engineering in May of 2016 and the City ultimately approved moving forward with construction of the Atwater Bridge. For more information, check out the City Clerk page or contact:

ak khan commented on La Kretz Bridge 2022-12-19 03:14:49 -0800
Tractor’s main use in bridge construction is to lift, dump and transport excavated material over all elements of the bridge, such as abutments, vaults, bearings or portals. Tractors attach to take-apart panels by using quick-connect devices and then ferries the panels to the location they will be laid. See Brand New Massey Ferguson Tractors For construction Work.

Machine-based systems have transformed some aspects of bridge building into a faster production process with less labor needs.