Why Not Los Angeles?

There is a movement in global cities across the world to reclaim and re-imagine public infrastructure as a public space. “Infrastructure reuse” creates the next generation of public spaces as cities become denser and green space is further constructed. This idea is spreading so rapidly that cities are connecting via the High Line Network to spread ideas, people and resources.

This network includes some of the big names that you may be familiar with including The Highline in New York City, the 606 in Chicago or the Atlanta Beltine. So, why not Los Angeles?

The LA River has the opportunity to serve as one of the County’s largest park reserves. Currently, less than 10 miles of the riverfront is dedicated to public space and less than 10% of the river is currently connected to open space. Our research suggests that we have a great opportunity to create the needed 2300 acres of open space through the use of the river and its surrounding utility and transportation right-of-ways.

More than 25% of the California population lives within 1 hour or 30 miles of the river and 8 of the cities in the Lower LA River are in the top 100 densest cities in the United States.

We believe that the LA river is a game-changer for LA - the epicenter of the transformation.

Read about other infrastructure reuse projects around the world below or join us in learning more about the potential of the LA River! 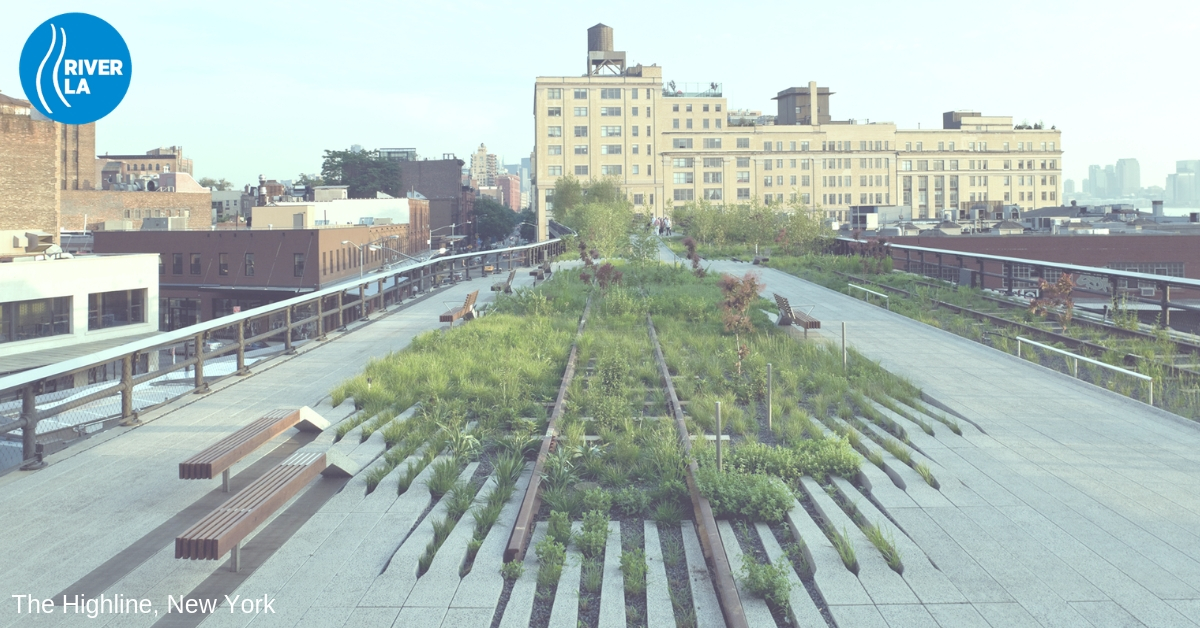 In 2016, the High Line saw more than seven million visitors—one third of them New York City residents. As part of its ongoing commitment to the neighborhood surrounding the park, the High Line offers teen employment opportunities that give teens important training in professional skills—from horticulture to environmental justice.

The High Line puts on more than 400 free programs a year and hosts rotating world-class art exhibits through its High Line Art program. 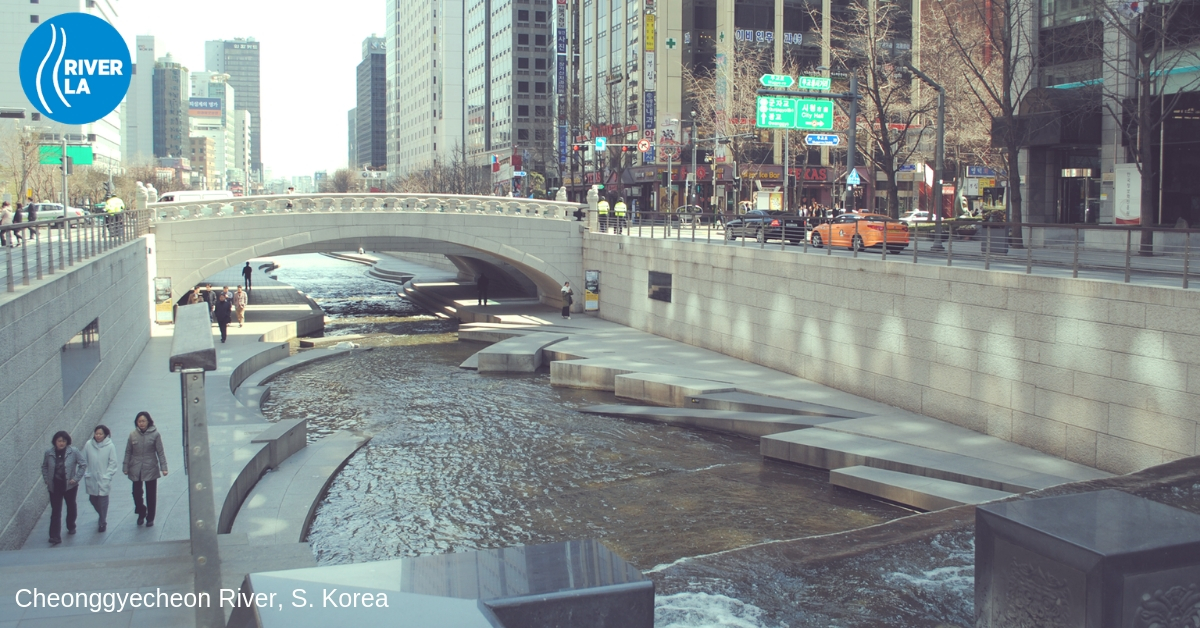 In the middle of Seoul, an urban concrete jungle, is a green oasis of 3.6 miles of paved, lush waterway that attracts over 60,000 visitors daily.

Around the same time that the LA River was built for flood management, the Cheonggyecheon had deteriorated into an open sewer and was paved over with concrete for sanitation reasons. Thirty years later, an elevated freeway was built overtop the channelized river. Like many of the world’s underpasses, the area beneath the freeway was mostly avoided by the public, which considered the space rife with criminal activity and illegal dumping. 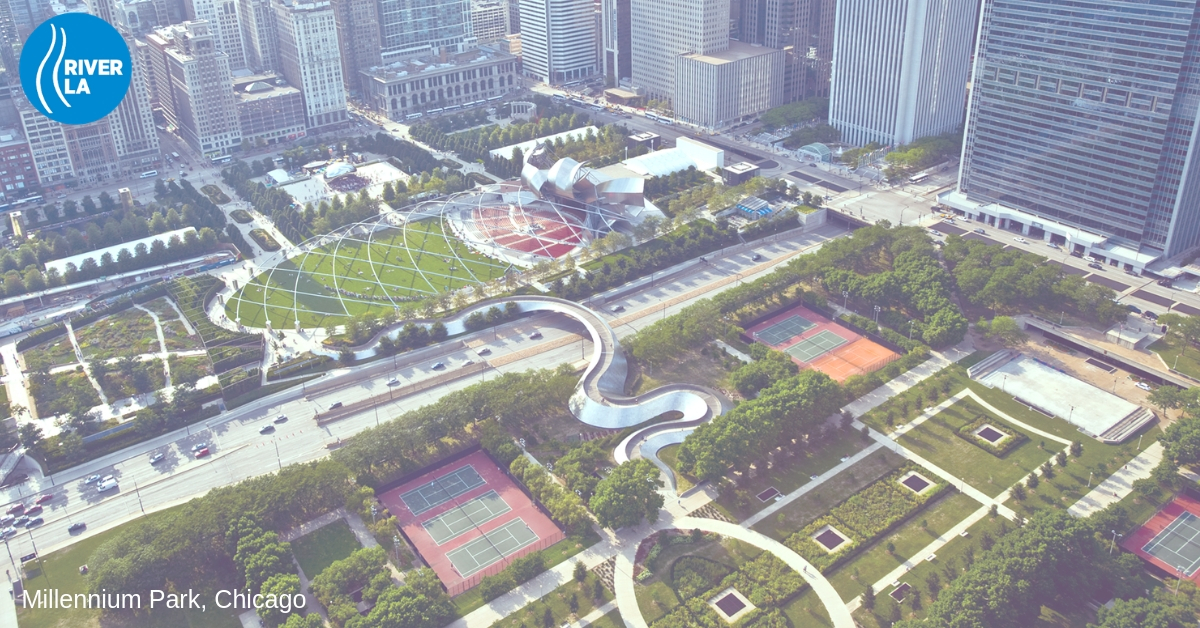 The estimated total value of residential development attributable to the park over a ten year period is $1.4 billion dollars.  The expanding residential population and the influx of 4 million annual visitors is attracting new business and enhancing the existing businesses adjacent to the park.  As a result, there are more jobs, increased tax revenue, demand for retail spaces, expanded hotel occupancy and increased visits to the area’s cultural institutions.Twenty million people have visited Millennium Park since it opened and won Rudy Bruner Award for Urban Excellence in 2009.