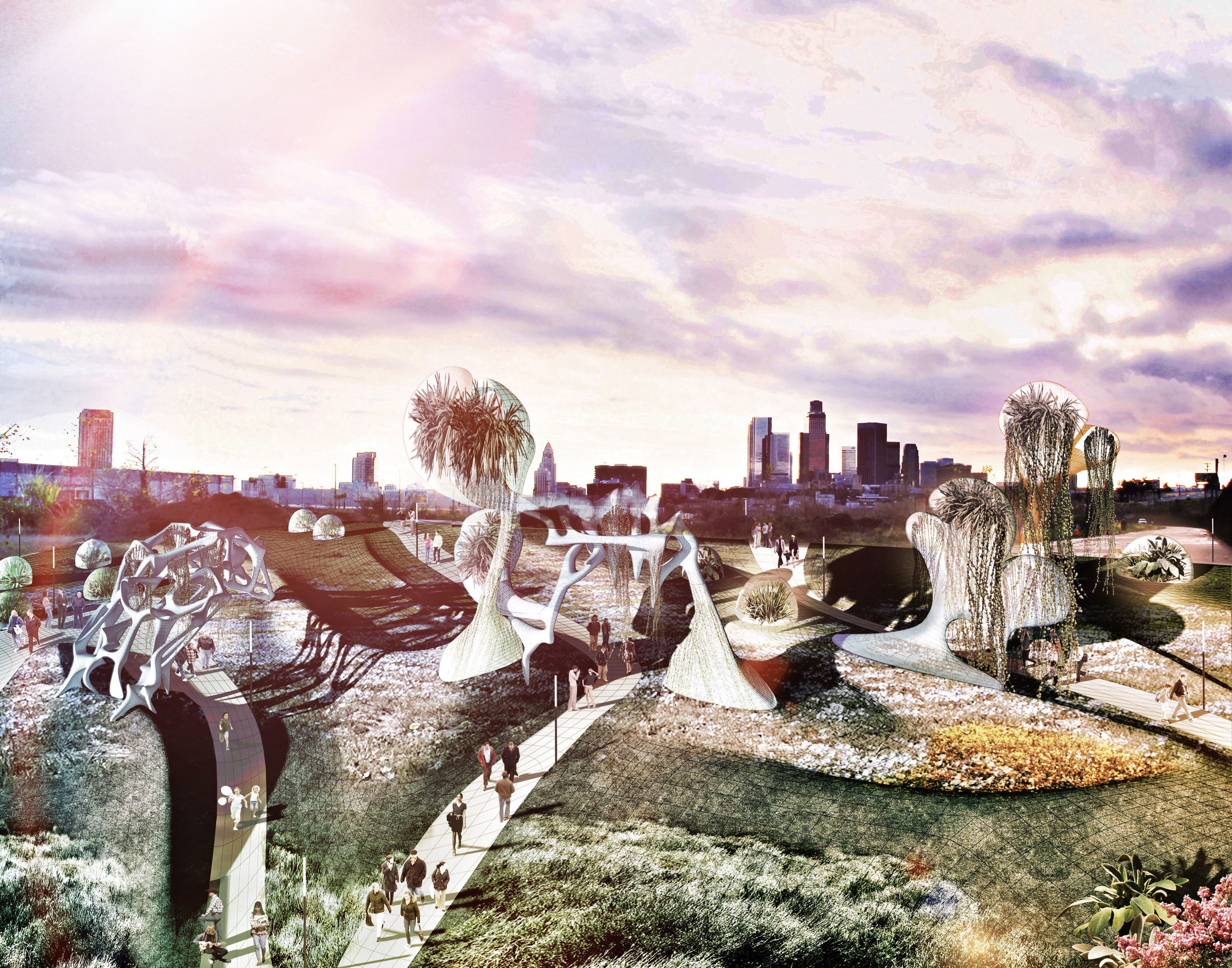 The Los Angeles River is a significant place for me. It is an essential part of Los Angeles, and I always felt the river holds a hidden potential. For some time, I lived east of Los Angeles, and I took the train regularly. The river was intriguing to me. Before graduating from architecture school, I contemplated its bridges. Daily, I could see its water running under them a few moments before arriving at Union Station.

Often, I come back to the river, and I enjoy cycling, taking the Metro, or driving around the area. The river is always extending its endless concrete arms to all of us. It continuously reminds us that it is very much alive.  One can see vegetation here and there, and different bird species playing in the water. Plus, it is dynamic. It constantly changes with the seasons. Nevertheless, its pleasant openness seems to be an invitation to re-imaging it with more parks and outdoor venues cutting through the middle of the city. Undoubtedly, it connects people and entire communities directly to nature and to one another. 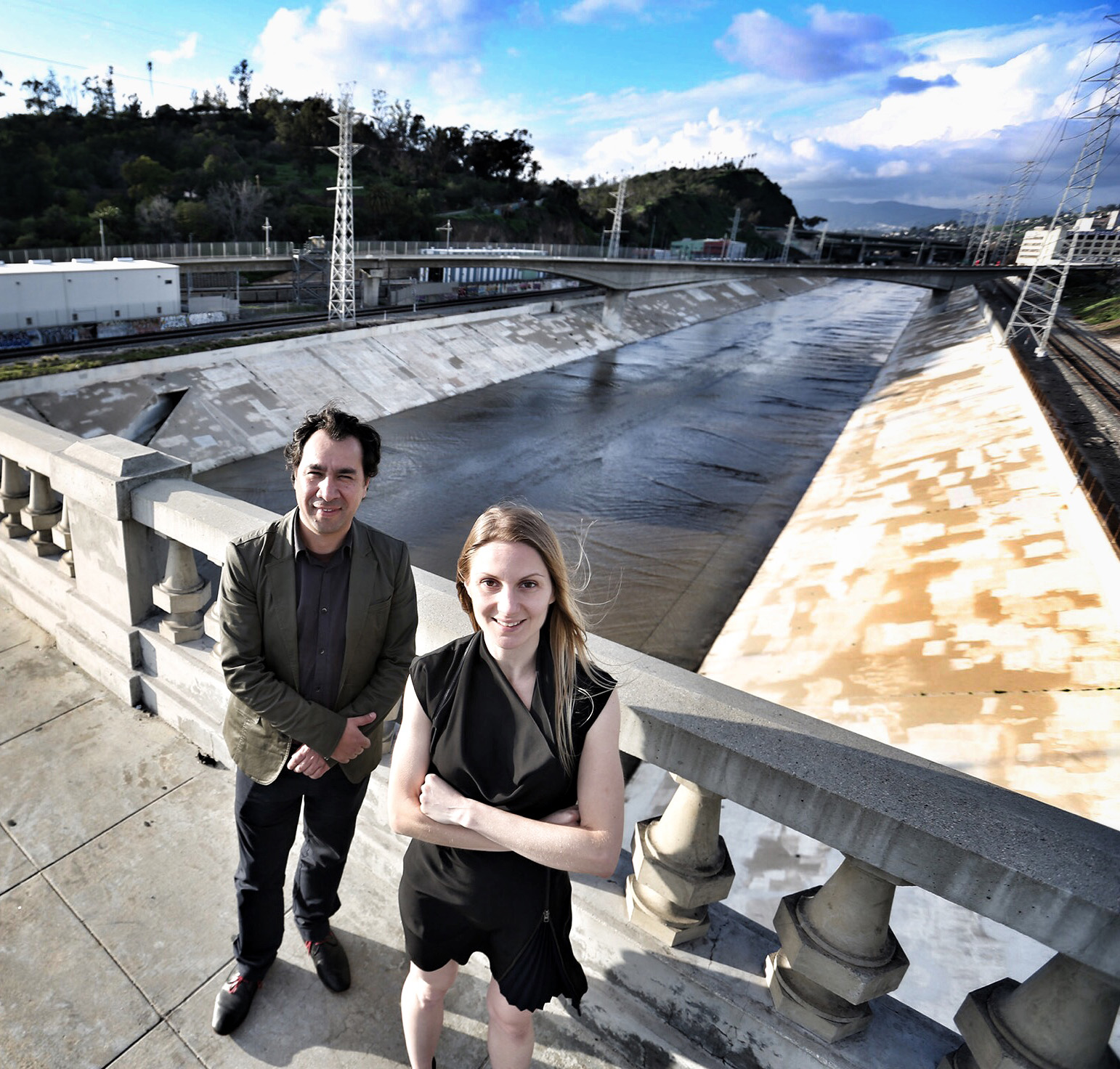 In 2012 I met Maria. She is my best friend and colleague. We met while were doing research work at the Southern California Institute of Architecture (SCI-Arc) located next to the Los Angeles River. Throughout the years, we have enjoyed walking and biking around the river. We've sketched it. We've filmed it. We've photographed it. Also, we have developed projects together that represent our profound love for the river, and the city of Los Angeles.

We currently working on a couple of projects at the conceptual stages that embrace nature and the future of the city via the LA River. Los Angeles River Habitable Bridge is one of those projects. It is a mixed-use mega-structure proposed above the 1st Street Bridge. It connects directly to new parks, gardens, and urban farms located along the river. The new structure is completely detached from the historical bridge. It also proposes protected bicycle lanes, more public transportation, and it anticipates the use of autonomous vehicles in the near future allowing for more green open areas replacing parking lots.
Similarly, Floating Gardens is another one of this kind of projects. We developed it with the collaboration of many talented professionals. It proposes a variety of greenhouses that provide healthy environments for endangered plant species. The garden is educational, and at the same time, it connects communities around nature near the river. Thanks to these ongoing collaborations, Maria and I also became professional partners. In 2015, we opened an award winning design studio interested in architecture, urban planning, and landscape design. Certainly, for many years the river has been inspirational to us, and we continue to re-imagine its promising potential. We have come to realize that the river tells great stories about the city of Los Angeles and its people. And, its settle magic has brought us together. 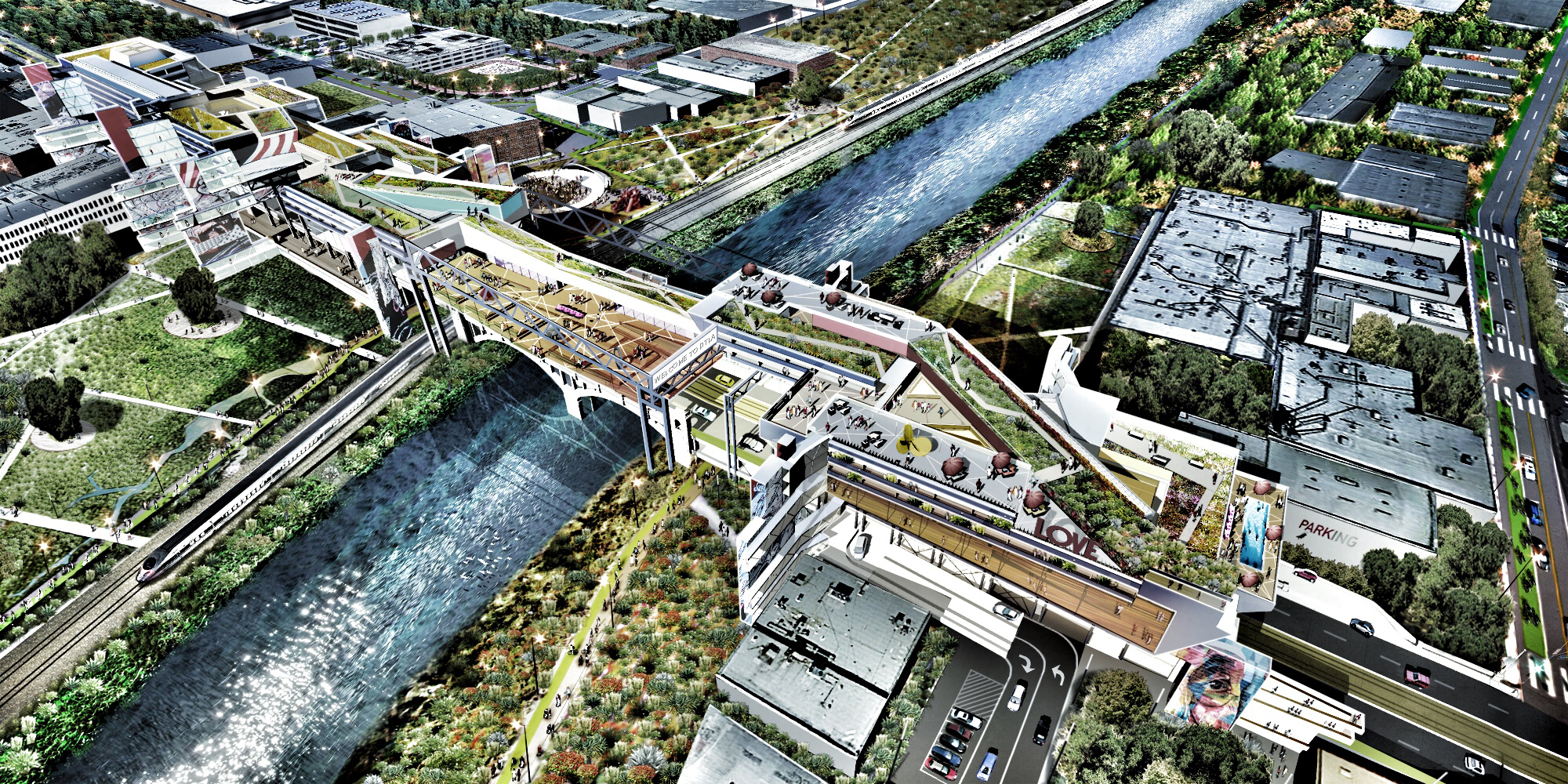 Maria and I care for the river and its ongoing revitalization. It includes its historical bridges. They are great monuments. They symbolize greater civic ideals connecting both sides of the city. Similarly, the L.A. River connects people, plants, and animals. We think the revitalization of the river promises to bring a positive impact to multiple urban areas. We strongly believe that the Los Angeles River holds a great potential. It can bring communities and nature closer together like never before.
Please see what we are interested in doing at MetropolitanmomentuM

The Los Angeles River has inspired us many times. And, it still does. We fully support River LA’s mission, to integrate design and infrastructure to bring people, water and nature together along all 51-miles of the Los Angeles River. Thank you for all that you do for our river and our region.