The Knight Foundation has announced our LA River Stories project as one of their five finalists for the Knights Cities Challenge, designed to fund projects throughout the country that is intended to make cities “more vibrant places to live and work.” The River LA project, LA River Stories, will create public engagement through local storytelling including a multimedia public engagement project showcasing stories about the diverse residents that use the Los Angeles River. The submission to the Knights Cities challenge focuses on River LA’s efforts in Long Beach and the Lower River Region.

The Knight Foundation received more than 4,500 applications from many nonprofit and government organizations, as well as design experts, urban planning organizations, and individuals. River LA is grateful to be a finalist and would like to take this time to congratulate the four other organizations that have made it to the finals.

For more information on the finalists and the program, click here for the full article from the Press-Telegram. 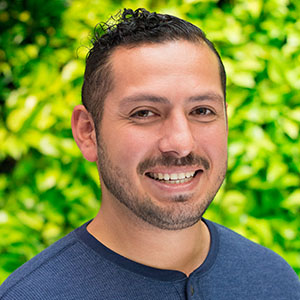 Ignacio grew up around the river and always saw it as a public space where he and his friends could gather and enjoy the open space.  He later served his country in the Marine Corps and upon completing his service was connected to the River LA via Mission Continues, a non-profit that transitions military back into civilian life.

Ignacio is amazed at the work River LA is accomplishing in his own community and is excited to be a part of it.  As an active member in the community Ignacio often bikes, kayaks, runs, and explores along the LA River.

In his role doing community engagement/Public Policy Associate, Ignacio is responsible for reaching the community in a meaningful way to get them to see the beauty and potential of the Los Angeles River as he sees it through his own eyes while at the same time keeping a pulse on the programs and policies of Los Angeles and moving the work forward.  He believes that the LA River will become a resource in Los Angeles for all Angelenos to explore and enjoy.

Prior to Ignacio spent the last 7 years in the United States Marine Corps serving his country and is excited return to his hometown to make a difference and serve in his community.