You made it all possible

Thanks to your support, the Los Angeles River -- and all of us -- were big winners with Measures M and A. This is another huge step forward for connection, public space, sustainability and resilience - and an awesome 51-mile River space for all.

As we celebrate this local victory, I can’t help but feel deeply grateful for all that you have made possible. A year ago, we asked our River LA supporters to help with this crazy generous $250,000 matching challenge. It seemed impossible, but we did it. Together. As we head into the end of 2016, it’s a great time reflect on the amazing progress we have made since then.

Please take a look at the attached Impact Report we made for you. We want you to see and celebrate your impact as a donor and supporter, and get a taste for things to come.

Your commitment to the River means the world to us. We look forward to working together for a brighter future via the Los Angeles River. 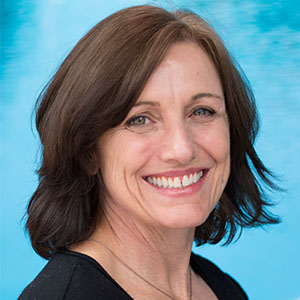 The possibilities of the Los Angeles River have captured Melissa’s imagination and ignited a passion to be a part of the future of Los Angeles.  The daughter of environmental, social justice, and peace activists, Melissa spent part of her childhood living overseas where she was influenced by the deep beauty of cultural diversity, the extreme inequities, and the incredible natural beauty that co-exist in the world. She arrived in Los Angeles by way of the San Francisco Bay Area to attend UCLA, thinking she would return to her northern California roots to begin her career. Destiny intervened, and she came to love the City of Angels where she has lived, worked, played, and raised her family for over 30 years.

Recognizing the emerging energy in Los Angeles to create a connected, diverse, and compelling urban environment that is rooted in equity, Melissa sees the work of River LA as one of the most visionary and forward thinking projects in the history of Los Angeles.

Melissa has a passion for building meaningful partnerships, and enjoys helping people channel the energy and power of money towards positive change. In her role as Director of Development, Melissa leads the team to create a sustainable fundraising program that supports the audacious and courageous idea of reimagining the Los Angeles River through innovative, data-driven design solutions that are uniquely able to mitigate regional challenges that others have sought to solve for decades.

Melissa currently resides in La Cañada Flintridge with her husband and three teenage children, two cats and the beloved family dog, Indie.  When she isn't raising money for the river, she enjoys cooking, family game nights, and long hikes with Indie in the San Gabriel mountains.  Someday, she plans to travel the world again!